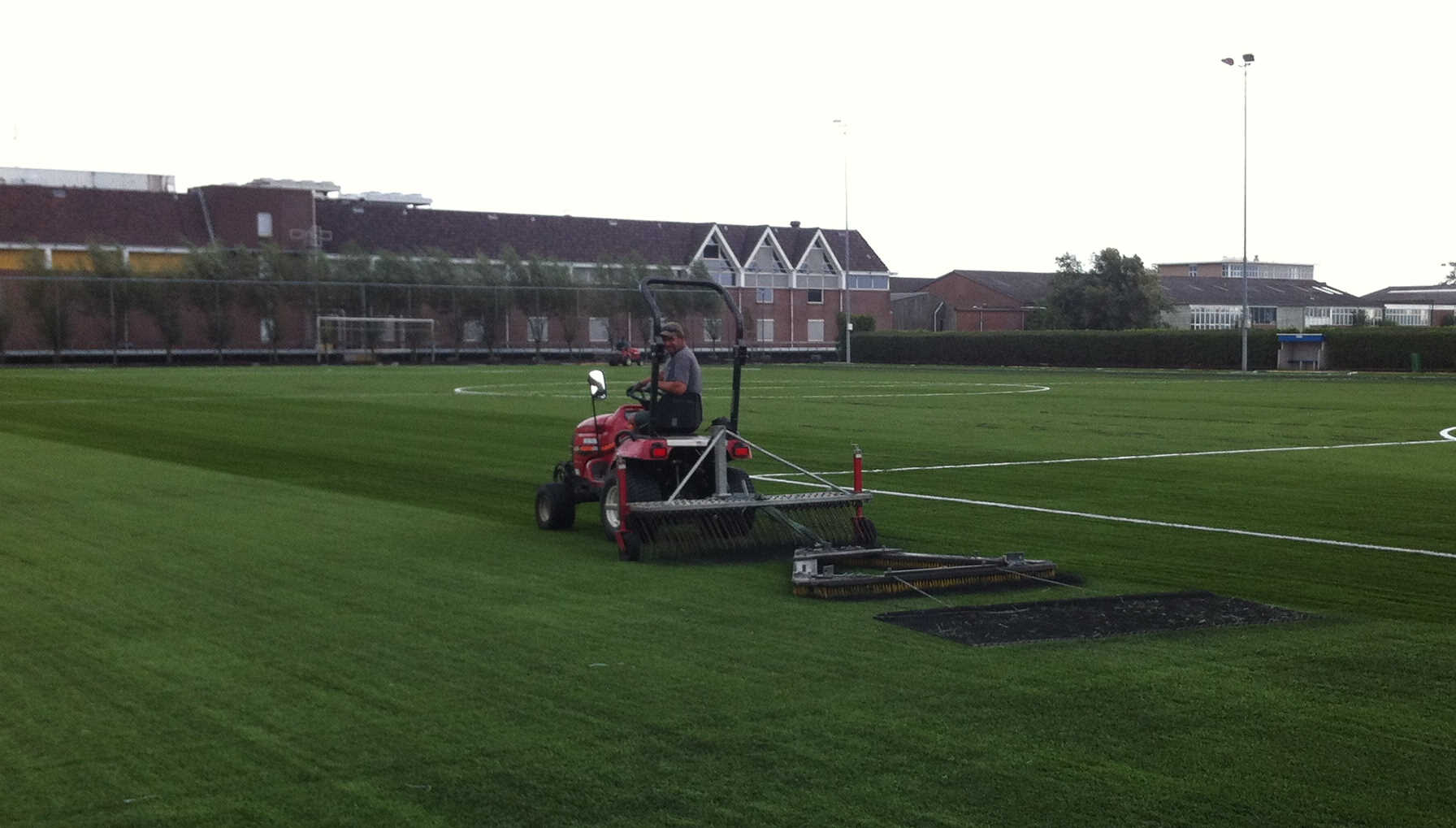 Is it correct to blame crumb rubber used in third-generation synthetic turf for being the biggest cause of microplastic pollution? Several Danish companies, together with Aarhus Municipality, will investigate this claim in the coming two years.

In December, the European Chemical Agency (ECHA) called polymeric infill from third-generation synthetic turf fields “the largest single source of pollution.” The agency claimed that, out of the 42,000 tonnes of microplastics that pollute the environment each year, 16,000 tonnes is caused by polymeric infill.

Aarhus Municipality, together with Eurofins Miljø, Aarhus Vand, Techras Environment, Dansand, Danova and Sweco, the latter being the project manager, will now investigate the merits of these claims.

According to the project manager at the architectural and engineering company Sweco, and PhD in Environmental Engineering, Hanne Løkkegaard, the criticism is misguided, because the theory of where the many tonnes of rubber granules from a field each year “disappear” is fundamentally wrong. “We expect that the biggest sources of microplastics are tyres, road stripes and shoe soles, and that synthetic turf pitches as a source will be further down the list. Although some rubber granules are probably transported into the environment via football boots and water running off the field, most of the granules actually disappear into the substrate itself, where they will eventually be squeezed together.”

Facts on the field

The pitches that will be studied are all situated in Aarhus Municipality. Councillor for Culture and Citizen Services in the municipality, Rabih Azad-Ahmad, is looking forward to gaining more concrete knowledge.

“It is important that we obtain more facts on the pitch. Synthetic turf pitches are essential to ensure an active and healthy everyday life for many citizens. It’s a healthy investment in the future. I look forward to the fact that we will now get more knowledge about how we ensure that it will also be a sustainable investment.”

Azad-Ahmad has already initiated a budget for more sustainable artificial turf pitches. Exactly what else he expects, other than the risk management measures included in Technical Report 17519 by the European Standards Committee (CEN) that describes ways of containing infill materials used in many types of synthetic turf sports fields within the confines of the sports field, is unclear.

Apart from measuring emissions from polymeric infill, the investigation will also look at ways to clean the drainage water from synthetic turf fields.

In June last year, Sportsfields.info reported that the Danish Technological Institute had confirmed that a Danish filter invented for synthetic turf pitches purifies water of heavy metals and microplastics to such an extent that the water is safe to drink. It appears this filter isn’t used for the fields in Aarhus Municipality at present.

Tyres are probably the biggest culprit

“Our main concern with microplastics is whether they may be causing micro-contamination to enter the food chain. A large number of studies have been carried out, but it has not yet been possible to detect a significant effect on the levels of micro-contaminants and microplastics found in nature. However, this does not mean that we can safely relieve microplastics of a potential health risk, so it is important that we try to limit the load of microplastics to our environment,” says Hanne Løkkegaard from Sweco.

In October last year, researchers at Trinity College Dublin claimed that infant-feeding bottles release high levels of microplastics during formula preparation and when they are being sterilised. The higher the temperature of liquid inside the bottle, the more microplastics are released. Some of their findings were that polypropylene bottles release up to 16 million microplastics and trillions of even smaller nanoplastics per litre. Sterilisation and exposure to high temperature water significantly increase microplastic release from 0.6 million to 55 million particles/l when temperature increases from 25 to 95 degrees.

Another source that is increasingly being blamed for polluting the environment with microplastics are electrically driven SUVs. Electric cars are heavier than petrol and diesel cars, and tyre wear increases with weight, hence SUVs powered by batteries are particularly being blamed.

For that reason, the project will also explore ways to clean rainwater before flushing road water into the aquatic environment. Road water contains not only microplastics from tyres, road stripes and shoe soles, but also some heavy metals and tar substances such as PAH, the researchers claim.

The study will be conducted throughout 2021, with results expected to be released in 2022.