Skip to content
GrassMaster was the first hybrid sports surface solution that was widely accepted as a reinforced natural grass surface. It was developed by Desso in 1987 when the Dutch FA and national Olympic Committee NOCNSF challenged the industry for grass sports surfaces to develop a surface that could handle a usage of more than 250 hours per annum. Synthetic turf surfaces were non-existent at the time. These days, a GrassMaster field can be used up to 600 hours per year, which is approximately four times the usage capacity a natural grass surface can handle. These days, the Desso GrassMaster concept is being sold by Tarkett Sports, owners of FieldTurf.

The first ever full-size GrassMaster field was installed at RKVV Wilhelmina in Den Bosch in the Netherlands, and clubs like Huddersfield, West Ham United, Feyenoord FC, Real Madrid, AS Monaco, Nantes FC and Bayer Leverkusen followed in the years between 1996 and 2004. However, it was the use of the surface at the 2004 Athens Olympics and the EURO 2004 in Portugal that made GrassMaster shoot to prominence. During the 2005/2006 season, many clubs in the English Premier League played on a GrassMaster surface, with Wembley Stadium following in 2010. GrassMaster saved the day for the Mbombela and Polokwane Stadiums in 2010 when both FIFA World Cup venues had their field reinforced shortly before the start of the 2010 World Cup tournament.

A GrassMaster pitch has approximately 20 million polypropylene fibres of 20 cm length injected 18 cm deep into the soil in a 2×2 cm grid. The final result will be a surface made up of 3% synthetic turf. The synthetic turf fibres are slightly shorter than the natural grass and will make the surface look green, even when all the grass is gone. It also gives stability to the soil and prevents sods being taken out when players slide over the surface.

GrassMaster requires a very sandy soil without soil life or organic matter, similar to those used for installing synthetic turf. The yarn can be injected before or after seeding of the grass or onto the grass sods. The grass roots will intertwine with the fibres. The sandy nature of the soil and the contribution the synthetic turf fibres make in flushing water down along the fibres is why some people complain that the surface quickly dries out. Grass clippings always have to be removed from the grass, as this stimulates soil life as well as the presence of felt in between the grass blades. Felt will push the synthetic turf fibres down, which will affect the performance of the GrassMaster surface.

The surface is installed by a machine that injects the fibre into the soil. The machine has evolved over the years. The first machine used for installing a GrassMaster surface was a  2nd generation machine. It was diesel powered and had hydraulics. It weighed approx. 12 tonnes, had a speed of 15m2/hour and was steered manually. The machine was succeeded by the GrassMaster Gen-S. This machine is electrically powered and uses hydraulics to inject the yarn. It weighs 7.5 tonnes, has a speed of 20m2/hour and uses laser to guide the injection process.  The latest generation machine is the Gen. 5. This machine is renowned for its silence, weighs 4.5 tonnes, has a speed of 25m2/hour, uses laser, is electrically driven, and, most importantly, no longer uses hydraulics.

How much does a GrassMaster cost? 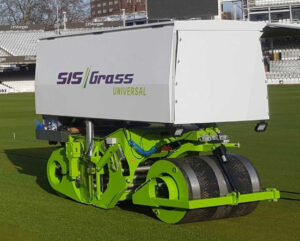 SIS Pitches and AstroTurf will jointly bring the SIS Pitches hybrid systems to professional clubs, athletic programs, and sports teams in the United States. The partnership makes AstroTurf the exclusive dealer for SISGrass in the US.

Here they are: the 8 Fifa World Cup fields

Have a look at the 8 venues that will be used for the 2022 FIFA World Cup and learn more about the grass surface used. 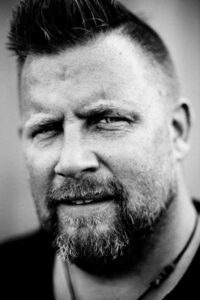 Erwin explains: how to prepare grass for a resurfacing

Erwin Beltman was the head groundsman for stadium De Kuip in the Netherlands between 2013 and 2022. In that period, the field was voted the best stadium field in the Dutch Eredivisie eight times in a row. These days, he works as a consultant and shares his experiences about achieving good turf pitches on Sportsfields.info. 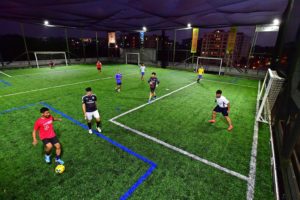 FFF and the industry band together

The French Football Federation has signed a memorandum of understanding with 19 companies whose mission is to support communities in a quality approach to develop their Foot5 and Futsal pitches. 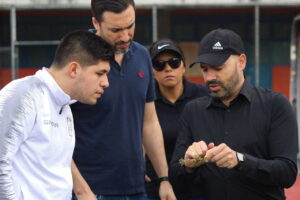 Groundsmen training around the world

As the demand for good quality football surfaces is increasing around the world, so is the number of initiatives to prepare groundsmen for doing so. Sportsfields.info spoke to educators in Spain, the United States and the Netherlands. While their programme differs, they all have a common goal. 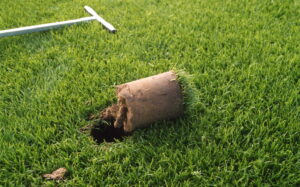 Testing institute Labosport has taken over the company Labosol. The French company is specialised in soil analysis and operates in Spain, Portugal, Maghreb, French speaking countries in Africa, Switzerland and Belgium. 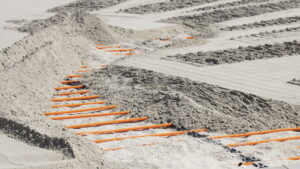 With the current cost of energy, it is going to be expensive to maintain the approximately seven degrees grass pitches need to stay healthy. What can be done affordably to help grass survive the winter?

Cutting sports fields is one of the most time consuming, uninspiring and repetitive activities one will have at a sports club. Autonomous mowing robots are less demanding and can do it cheaper. They don’t have any expectations, free up manpower that can be used elsewhere and are more affordable. The two best known autonomous mowing robots each have their own personality. 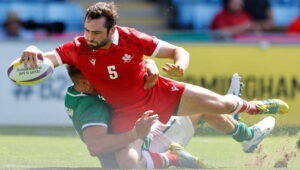 A team of British and Canadian researchers has concluded that injury incidence rates between synthetic turf, hybrid and grass pitches, do not significantly differ. However, they did notice differences in mean severity and mean burden of injuries sustained between playing surfaces. 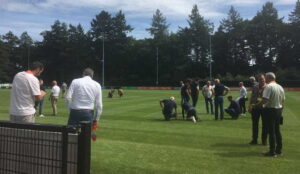 The Dutch FA (KNVB) has established an online portal to help clubs and groundsmen in achieving the best possible natural grass football pitches. The platform unites technology, knowledge and expertise available in the Netherlands.

See for yourself what the training fields look like that will be used for the upcoming FIFA World Cup in Qatar.

The PlayMaster field at the Johan Cruyff ArenA has been replaced by a GrassMaster system. Both systems are hybrid pitches from Tarkett Sports