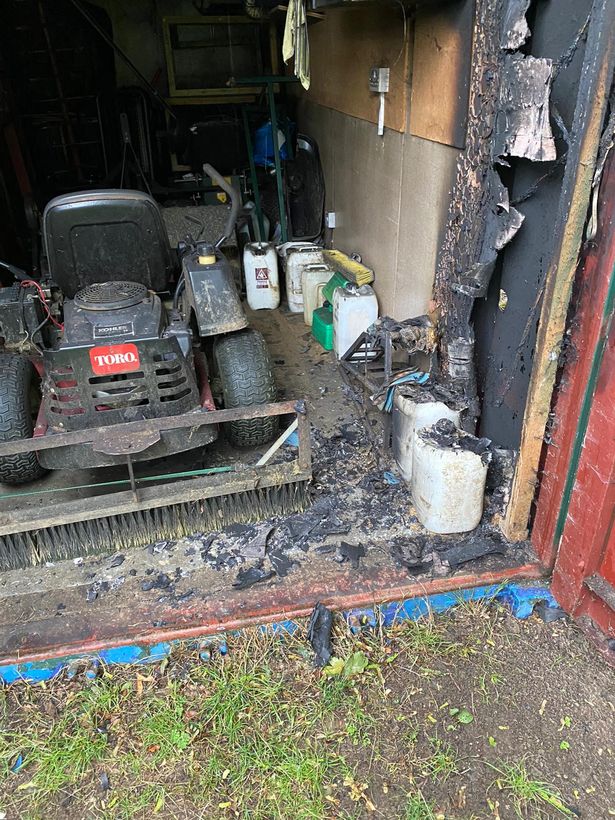 An Essex football club has created a GoFundMe campaign to source the financial means to replace GBP 5,000 worth of equipment that was damaged in a fire.

Flitch United, based in Stebbing, Essex, was targeted earlier this week when a container near to the pitch was set alight, destroying much of the equipment inside.

Justin Winter, manager of one of the Saturday teams and groundsman for the club, told Essex Live that he has been left in shock after discovering the burnt-out container on Friday.

“I came up last night to do some maintenance work, cut the pitch and get it marked up for today’s game,” he said. “I opened the door and I was met with the smell and the residue. Bags of seed and fertiliser had completely melted, the seed spreader with a plastic bucket had also been destroyed, and the ride-on lawnmower has also been damaged.

If every perishable item in the container is no longer usable, the club is facing GBP 5,000 worth of damage.

“It’s money we definitely don’t have,” Justin said. “The club was set up because we found we had nothing here. My wife set up a number of fundraisers and raised around £60,000 over two years to get the changing rooms and the electrics set up. As a club we don’t believe in making money out of people playing football. We have a very minimal float each season and if there is more money we always put it back into the club for BBQs or a family fun day.”

Encouraged by the offers of support from local residents and people across various levels of football, one of the Flitch United players has set up a GoFundMe page to raise vital funds for the club. The aim is to collect GBP 2.500.