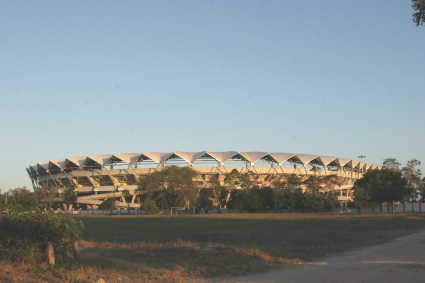 The Tanzanian government has suggested to remove Value-Added Tax (VAT) on imported synthetic turf for football stadiums in the country. The move is intended to improve sports, games and talents.

Addressing the National Assembly in Dodoma recently, Minister of Finance and Planning, Dr. Mwigulu Nchemba said the plan will involve an agreement between the government and the Tanzania Football Federation (TFF).

“The exemption will involve consent from the Tanzania Football Federation. The aim of this initiative is to develop sports and promote talent in the country” he said.

Meanwhile, president Samia Suluhu Hassan has ordered for the improvement of Chama Cha Mapinduzi (the ruling party) owned stadia, as well as establishment of sports academies in all regions. The president issued the directives when addressing youth at the Nyamagana Stadium in Mwanza Region.

“I’m aware that most stadiums in the country are owned by my party CCM but they are in in good condition due to poor maintenance,” she said.

Prominent politician Zitto Kabwe insists that at stadium management company should be set up to take care of the sports facilities. “It would be better if they were put under government supervision or a stadium agency that oversees the stadiums in the country to ensure they are better,” Kabwe said.

He agreed that the governments strategy to remove taxes on synthetic turf  was a good move. However, he warned that the number of beneficiaries of the move, is limited.

“Those who will be exempted from the levy are the cities of Tanga, Arusha, Mbeya, Dar es Salaam, Mwanza and Dodoma. It would be better if the synthetic turf programme would target all regions in the country.”