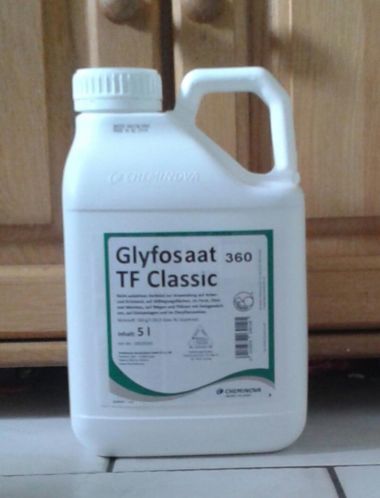 The European Food Safety Authority (EFSA) and the European Chemical Agency (ECHA) have received a draft assessment of glyphosate carried out by four EU Member States and will now begin to consider the findings. Glyphosate – the most widely used herbicide in the world – is currently authorised for use in the EU until December 2022.

National authorities of France, Hungary, the Netherlands and Sweden – known as the Assessment Group of Glyphosate (AGG) – have examined all the evidence submitted by the companies that are seeking renewed approval to market the substance in the EU. The AGG’s draft report runs to around 11 000 pages.

ECHA and EFSA will now organise parallel consultations on the draft report. These will be open to the public and launched in the first week of September this year.

The consultations are the first step in the assessments. ECHA’s Committee for Risk Assessment (RAC) will review the classification of glyphosate under the Classification, Labelling and Packaging (CLP) Regulation. Classification of chemicals is based solely on the hazardous properties of a substance and does not take account of the likelihood of exposure to the substance. Exposure is considered as part of the risk assessment process led by EFSA.

Glyphosate currently has a harmonised classification as causing serious eye damage and as toxic to aquatic life with long-lasting effects, prior to and following the assessment by ECHA in 2017. No classification for germ cell mutagenicity, carcinogenicity or reproductive toxicity was warranted. The current proposal from the four Member States does not foresee a change to the existing classification.

Once ECHA has adopted its opinion on the classification of glyphosate, EFSA will finalise its peer review and publish its conclusions, expected in late 2022. Based on this risk assessment, the European Commission will decide whether or not to renew glyphosate.

Glyphosate is a chemical that is widely used in plant protection products (PPPs). Glyphosate-based PPPs – i.e. formulations containing glyphosate, co-formulants and other chemicals – are mainly used in agriculture and horticulture to control weeds that compete with cultivated crops.

The European Commission granted a five-year approval for glyphosate in 2017. It is currently approved for use in the EU until 15 December 2022. This means it can be used as an active substance in PPPs until that date, subject to each product being authorised by national authorities following a safety evaluation.