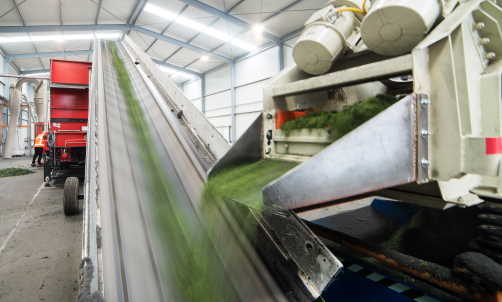 FormaTurf GmbH is currently building a recycling plant in Essen, Germany from where it intends to offer an end-of-life solution for the German market. The company claims to have developed both mechanical and chemical processes to separate the synthetic turf components.

GBN-AGR has been in operation since late last year and has a plant in Amsterdam, the Netherlands where it recycles synthetic turf carpets mechanically. The plant in Amsterdam aims to source its stock from within the BeNeLux-region. TenCate Grass Group (including Greenfields), Edelgrass / Antea Sport, Sport & Leisure Group (Domo Sports Grass and Limonta Sports) all collaborate with GBN-AGR.

According to the press release issued, Sport Group and GBN-AGR “have signed a Letter of Intent (LOI) to join forces in the development of artificial grass recycling infrastructure and technology throughout Europe”. What this exactly entails will be established in the coming period.

According to statics released by the German FA, the country had 5.000 synthetic turf football fields in 2019.