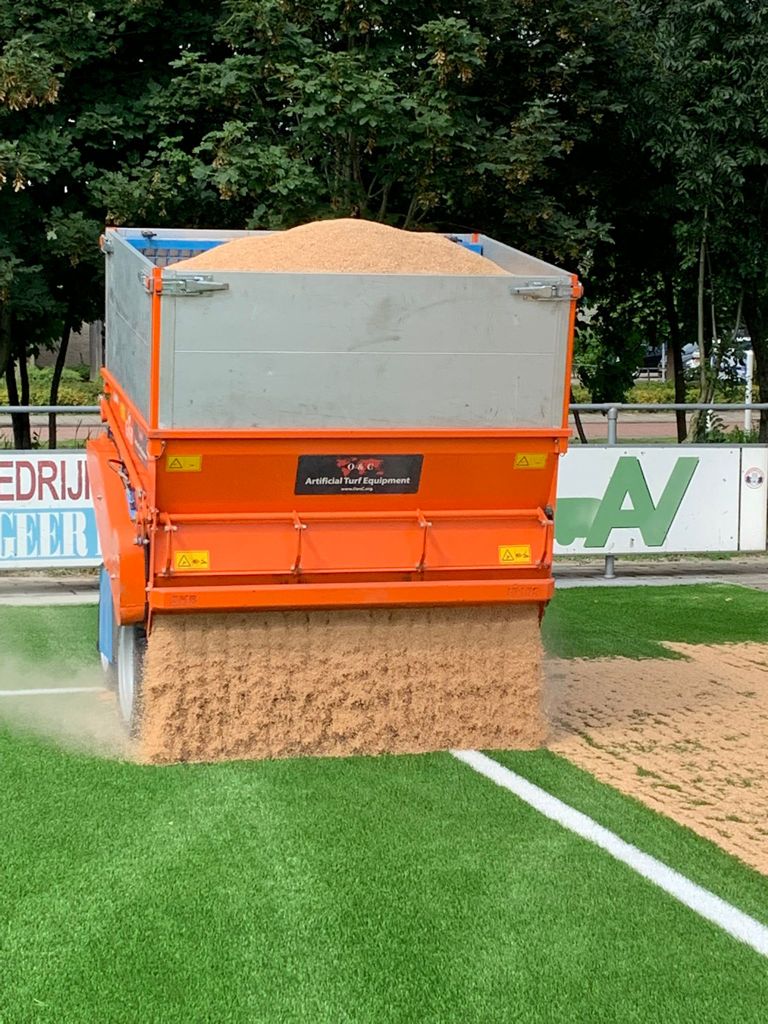 A new natural infill for third-generation synthetic turf fields has arrived in Europe. Condor Grass has used the wood chips in two full-size artificial turf football fields in Montfoort municipality in the Netherlands. The installation was officially completed last week.

BrockFill is an infill produced from processing pine trees. According to Brock USA, that produces the infill, BrockFill smells nice and is less susceptible to floating in heavy rainfall.

The infill has been approved by FIFA and the Dutch FA.

Joop van Krimpen, Commercial manager at Condor Grass Sport , sees the infill as the perfect answer to the anticipated ban on polymeric infill. “The infill has passed all tests for shock absorption, rotation and energy restitution. More importantly, with wood being a natural material, the infill doesn’t pollute the environment in the case where it has left the field.” For that reason, a field finished with BrockFill doesn’t require an investment in mitigating measures to protect the environment from the infill, van Krimpen adds.

Condor Grass has close cooperation with Technoah – Brock Europe. The infill is only available as part of a Condor Grass synthetic turf system.