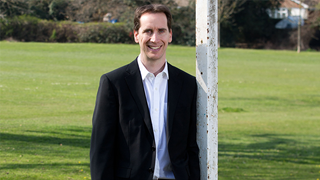 Football Association chief executive Mark Bullingham has described pitches in England as a source of “national embarrassment” as he welcomed Government support for the grassroots game.

The Government committed GBP25million of new funding to support the growth of grassroots football at the Budget in March, the first part of a GBP550m commitment over a 10-year period.

Bullingham told BBC Radio 4’s Today programme: “The GBP550m is very specifically going into grassroots pitches around the country, to enable us to build pitches and facilities that get communities active.

“Whilst we’ve got a brilliant number of teams and clubs throughout the country playing football, our pitches are a national embarrassment. We lose 150,000 games every year through cancellation because of poor-quality pitches and matches not being able to be played.

“We know we’ve only got less than half the number of artificial grass pitches, for example, compared to Germany. So we’ve got a big, big job to do. For us, it’s a critical part of us helping the country emerge from the pandemic.

“It is an embarrassment for our country, the state of the pitches. The Premier League have been working with us and with Government to take on the challenge, but it really is through years and years of neglect. So we we have a huge challenge and we welcome the support, particularly from the Government with the GBP550m commitment to help solve this.

“At the moment it’s a commitment that we can solve by 2030, but what we would like to look at now, with the wave of euphoria of this tournament (Euro 2020), is whether we can really accelerate that and build these pitches sooner to give every community a brilliant facility and get people active throughout the country.”

Following the Government’s announcement about coronavirus restrictions easing earlier this week, sports venues in England are set to return to full capacity from July 19.

When asked about arrangements for fans when the new football season begins, Bullingham said: “My understanding from the announcement is we will have full stadia and of course we’re looking forward to understanding what the guidelines, if any, might be in place to make sure we provide the safest possible experience.

“But we’re delighted we’re going to be able to get fans back into full stadia and give them a great experience.

“Our expectation is that there is going to be an England-wide approach and that all clubs want to have as many fans back as they can. Of course we’ll do it safely.”

Bullingham was speaking ahead of England taking on Denmark in Wednesday’s Euro 2020 semi-final at Wembley.

There has been some booing of players taking the knee at England games during the tournament, and Bullingham said: “It was incredibly frustrating that there was a small number of people in the stadium that chose to boo the knee, but it was incredibly powerful how quickly it was drowned out by the vast majority of fans who cheered and very much showed their appreciation for the team.

“I think they showed very clearly that they understood it was an act of equality and not a political act. They got behind their team and actually I think that ended up having a positive effect.”

Bullingham said with regard to Wednesday’s match: “We believe in the team, we believe in what they are doing and we’re confident that we can do well.”

Bullingham also believes boss Gareth Southgate has “done a great job of building a strong and resilient culture” in the England camp, adding: “It’s like a band of brothers has been created, and I think Gareth’s been at the heart of creating that.”