With the current cost of energy, it is going to be expensive to maintain the approximately seven degrees grass pitches need to stay healthy. What can be done affordably to help grass survive the winter?

Stadium managers in the northern hemisphere, and particularly in Europe, are anxiously monitoring the latest developments in the East. The sanctions the European Union issued on Russian gas and oil following their invasion of the Ukraine have resulted in prices for energy skyrocketing. If winter this year turns out to be intense, it will cost them an arm and a leg to maintain a playable field. One of the major football venues in the Netherlands has weighed up its options but all of them were cold comfort. “The idea was to, instead of switching on the pitch heating, use the HPS field lighting technology to prevent the surface from freezing,” a source with intimate knowledge told Sportsfields.info. “However, running those HPS lights is costing us approximately EUR 7,000 per day, which is why we have abandoned the idea. We have now decided to resod the field just before the football competition commences again in January.” Needless to say, running the lights would also result in increased grass growth which would require additional maintenance activities. In addition, providing photosynthetic light without increasing the soil temperature would infringe on a healthy growth of the grass as well. 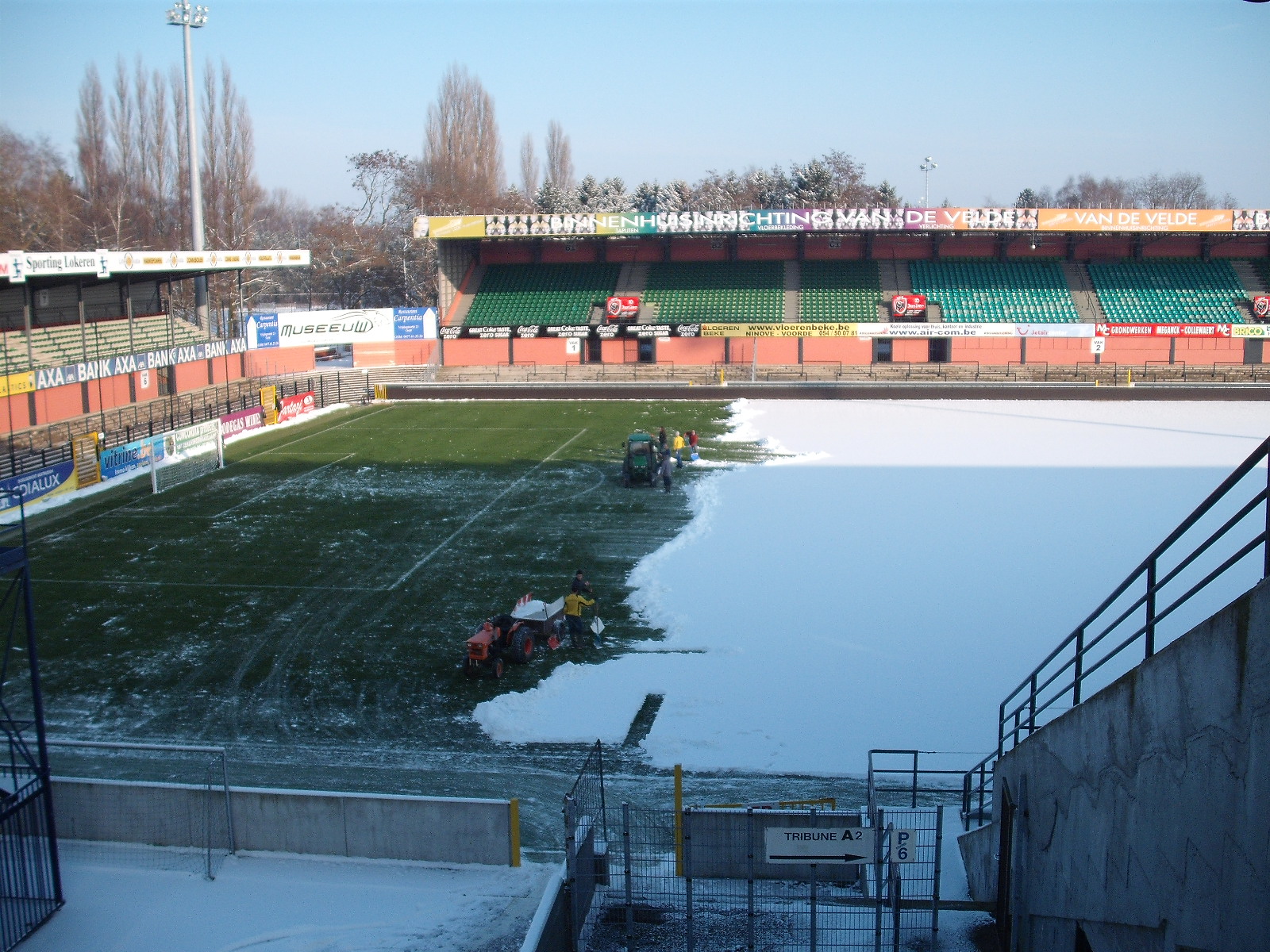 The Union of European Football Associations (UEFA) has made pitch heating mandatory for all main football venues in Europe. This is to ensure Champions League, Europa League or international games can be played even during winter. Most national FAs have followed suit and expect stadiums in the main leagues to either have pitch heating or a synthetic turf surface. “Unfortunately, most of these stadiums were built many years ago and now feel the financial heat, as they use outdated technology,” says Robert Marks, a Dutch consulting engineer who advised the Dutch FA on pitch heating technology for stadiums. An investment in pitch heating technology is usually depreciated over 20 years.  The common approach is to warm water in a boiler and run this through a network of piping just under the surface. “Water is the best conductor, and a piping system at 25 centimetres underneath the surface is the best guarantee that the heat arrives directly where it is needed most: the root system. Stadium managers usually follow one of three different strategies when heating their pitch: to ensure it remains playable, based on temperature or based on enhancing grass growth.” With most boilers being gas-fed, this would cost anywhere between EUR 200,000 and 600,000 per season. This was before the energy crisis kicked in. However, there are alternatives. “The capital layout for a heat pump might be three to four times as high as an investment in a boiler but they are far more efficient. Where the efficiency of a boiler is around 95%, the efficiency of a heat pump is about 400%.”

Improving the efficiency can, in most cases, be achieved by improving the controls of the system. The use of smart technology can save the day for many venue operators. Norwegian company Guard Automation is currently promoting its Field Smart solution that predicts upcoming weather developments and calculates how much energy is required to ensure optimal field conditions. The sensor-free and cloud-based service system automatically optimises the heating of turf pitches in winter. It has been developed in collaboration with astrophysicists, and its calculation model is based on weather data and the facility’s thermodynamics. “The system analyses weather data such as sun and wind conditions, temperature and cloud cover, and calculates how much energy is required. The aim is to use as little energy as possible for heating and at the same time maintain safe and good conditions. With the help of timetables and the predictive mode of operation, Field Smart ensures ideal track conditions in cold periods, energy-efficient operation, reduced power peaks and major time savings for operating personnel,” Jon Egil Ek of Guard Automation told Norwegian magazine Sinus. 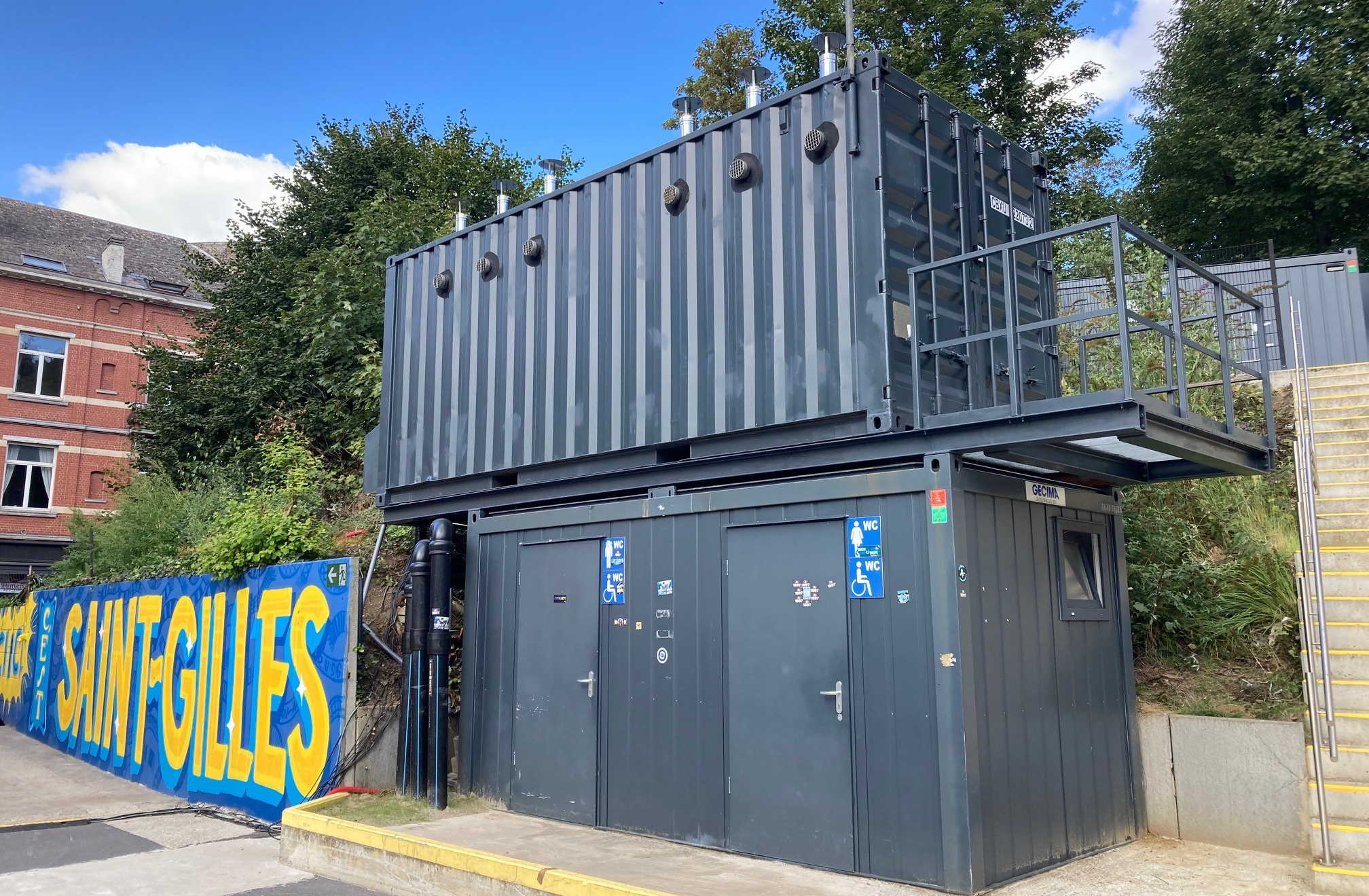 Rob de Heer of Sports Pitch Systems is familiar with the Scandinavian market. “Particularly in Norway, they used to use electrical pitch heating, as electricity is cheap in that country, thanks to the hydropower units they operate. However, the hardware under the playing surface turned out to be unreliable as the connectors for the heat transmitting cables were corroding quickly due to the moisture in the soil,” he says recalling some of the early projects he was involved in. Over the years, Sports Pitch Systems has also improved pitch heating efficiency by means of computer algorithms. “We consider all the parameters that are relevant such as actual weather forecast, windchill, soil moisture, hydraulic conductivity, heat capacity of the soil, thermal conductivity of the soil humidity etcetera, to establish how much energy is required to warm up the water.” Validation of their algorithm in real life scenario’s has proven that to 40% of the energy consumption can be saved by just implementing predictive system controls. These days, they also offer mobile boilers, fitted with new technology, to assist venues that don’t have enough capacity or have outdated technology. “We stopped using just one high capacity boiler of 1200 or 1400 kW and changed to a cascade of smaller boilers with a maximum capacity of 200 kW each, allowing you to run only the number of boilers you will actually need at that particular moment.”

De Heer points out that retrofitting existing field heating systems with new and smart controlling technology, can be done relatively cost effective. “Usually, the existing underground pipe matrix is of good quality and you’ll only need to replace the controls. This can be done for as little as EUR 20,000.” The controls can be connected directly to the venue or pitch management systems. In doing so, it is likely that integrating various technologies can add additional value to the system. “Groundsmen these days use many different technologies when maintaining their pitch, and each technology can support the activities or output of another,” he says. As an example, he refers to the grass grow lighting technology mentioned earlier in this article. “Some of the latest developments use LED technology to support the grass growth and are also fitted with infrared units. Connecting the undersoil heating with this technology could reduce the total demand for energy, whilst improving the final result.” 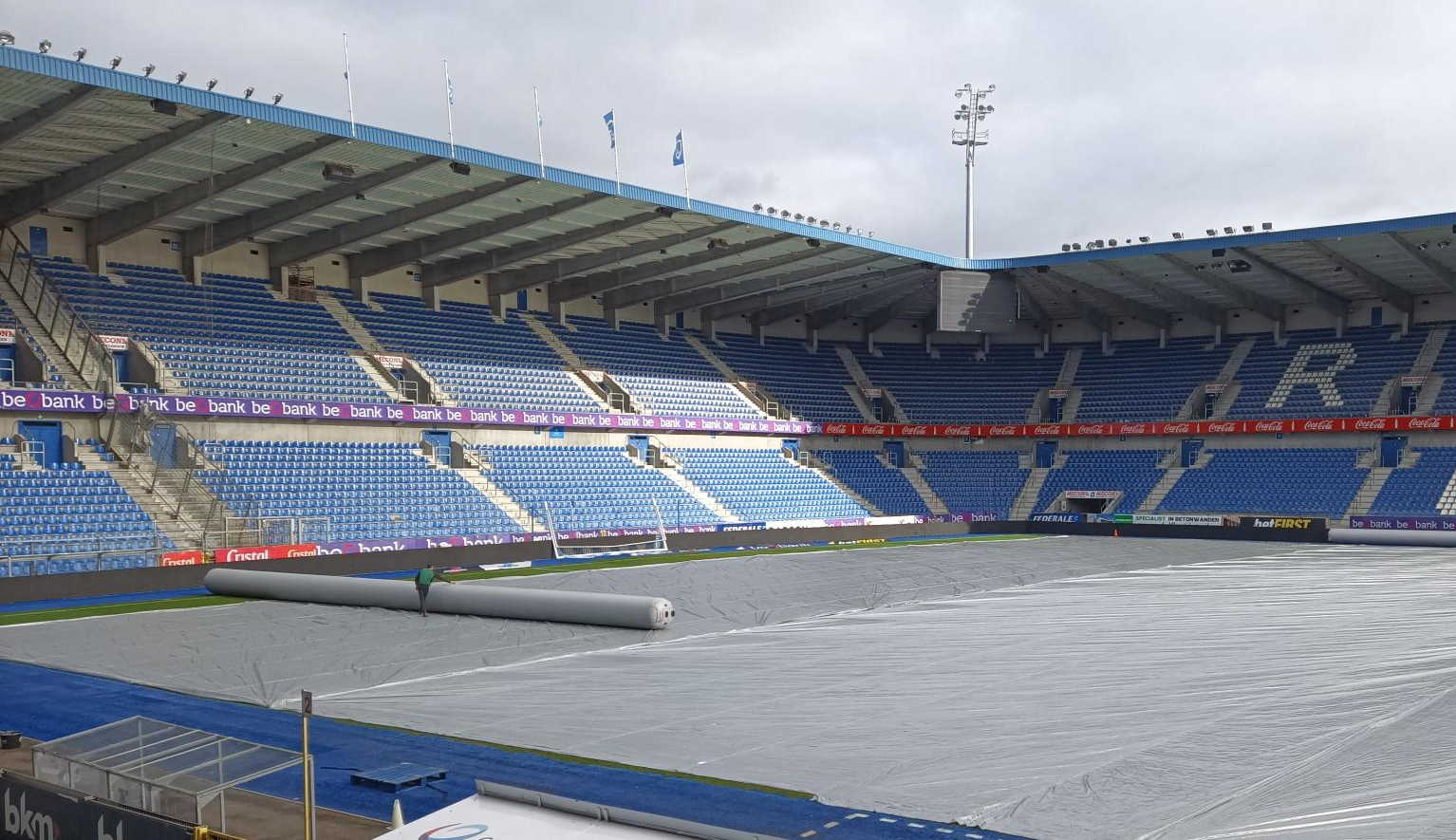 One of the effects of climate change is that in some parts of the world, winter is no longer as harsh as it used to be. If that is the case, simply placing a blanket over the field could be enough to bridge the few days where winter temperatures will be so low that the grass needs protection. “We, as Covermaster, think that the combination of using our Evergreen cover together with the pitch heating can make a huge difference in saving energy costs, as the cover acts as a blanket to trap heat in the pitch, thus reducing the amount of heat you need to use,” says Paul Anderson of Covermaster, an international supplier of field covering systems. The solution is popular in the United States and Canada and is now also making inroads in Europe, where clubs like Real Madrid, Werder Bremen and Arsenal are benefitting from the solution. “Our Evergreen cover radiates heat into the soil and will always have higher temperatures under the cover than on top of the cover. It protects your pitch against frost and at the same time it can be used as a germination blanket that can help to grow your grass faster and keep it healthy. It is truly an all season cover.” According to Anderson, the cover can stay on for a long period of time without damaging the field, as the cover can breathe and let through sun and rain. “If you can save on energy costs by using the Evergreen Cover then your investment will pay off very quickly. If you can protect your field by using a rain or snow cover, you won’t have the risk that you can’t play on matchday, so that would give you an ROI immediately.”

So far, winter has started off mildly, which is why many venue managers and groundsmen are currently keeping their fingers crossed that it stays like this. This year, they benefit from the extended break from early November till late December due to the FIFA World Cup tournament meaning that most venues won’t see any official match to be played. If all works out well, they’ll only have to bridge January and February before spring weather kicks in unless King Winter decides to make an entrance.