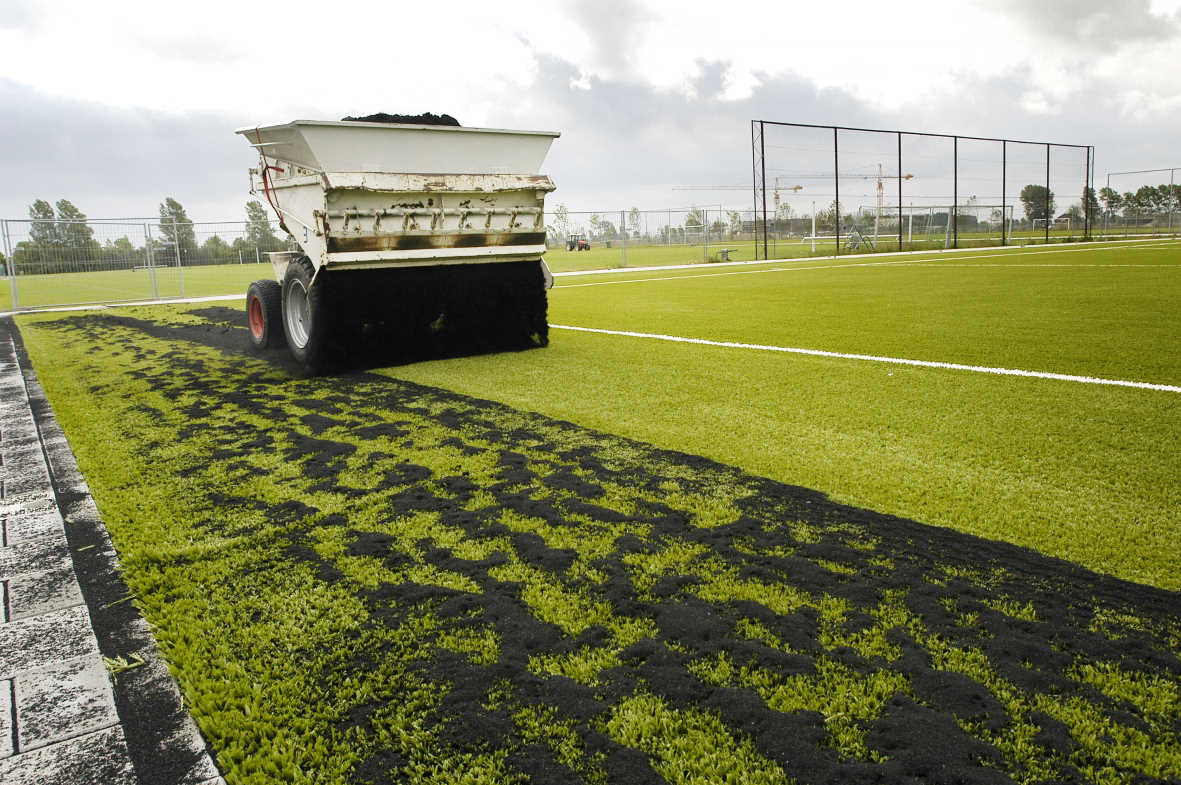 If 3G synthetic turf wants to survive the debate on environmental pollution, the design of this type of field must change drastically. Here are some elements field designers can consider.

It doesn’t matter whether you personally agree or disagree with the arguments made by the environmental lobby that blames synthetic turf for polluting the environment. The truth of the matter is that synthetic turf is made of plastic, a material that is difficult to dissolve and can possibly become a health threat to both animals and human beings.

According to the European Chemical Agency (ECHA), polymeric infill from third-generation synthetic turf fields is Europe’s single biggest source of microplastic pollution. That is before the tiny plastic fragments from worn yarn or the backing of synthetic turf carpets are added to the mix.

And if you accept the view of the Dutch authorities, that states that natural alternatives like coconut fibres or cork, which are alien to the Dutch environment, should also be viewed as a pollutant, even replacing polymeric infill with natural infills will not be sufficient to satisfy the Dutch anti-synthetic turf lobby.

Several companies and research organisations have studied the question of how much microplastics migrates out of a 3G pitch and the route the particles follow. Based on existing literature, Swedish consultancy firm estimated the loss of infill as follows:

Industry players in Denmark recently announced their own study.

It would serve both the market and the industry for synthetic turf sports fields well if they would view a synthetic turf field as ‘a controlled area that takes ownership of its effects and influences.’

Instead of limiting the field design to ‘meeting the safety and performance requirements within the boundaries of the designated field and for the price and maintenance effort the buyer is willing to consider,’ the scope should be expanded by adding ‘minimal influence and disruption to any person, plant or animal living or appearing beyond the field boundaries.’

Here are some suggestions on how that can be achieved.

Reconsider the size and shape of the field

Fit side boards around the field

Adjust the entry and exit to the field

Areas outside the field perimeter where build-up of microplastics can still occur should have a trap or filter to catch the particles before they wash away into the sewage system. These traps and filters should be inspected regularly, and, where needed, cleaned.

How much will this cost?

Costs associated with these interventions differ from project to project. EuRIC, the Confederation representing the interests of the European recycling industries at EU level, estimated the cost as follows for the various countries:

Will embracing this information solve the issue for me?

I once asked that question of an occupational health and safety specialist. Under the glare he gave me, I suddenly felt the urge to shrink to the size of a microplastic. “Safeguarding the health and safety of people, plants and animals requires that the possible risks are assessed and addressed continuously,” he lectured me.

The good thing about embracing the abovementioned ideas is that it will contribute to your legal safety. Only once you can prove that you have done everything within your capabilities to mitigate or limit a possible (negative) impact, you’ll be on the safe side in a legal dispute.

ECHA recommends health risk of infill to be studied